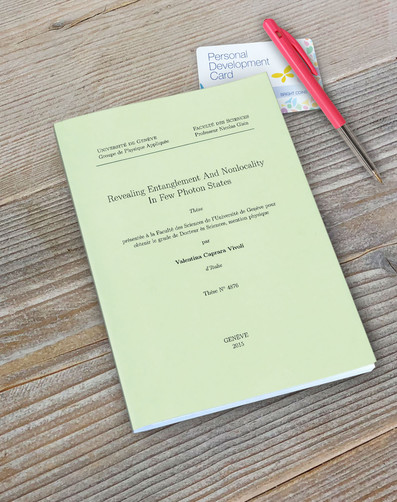 In the past two decades, the union of quantum mechanics and information science has led to significant progress in our understanding of the quantum world and in our ability to coherently control individual quantum systems. New technologies have appeared, and some of them, such as quantum key distribution (QKD), are now commercially available. We are now envisioning quantum networks that could allow us to communicate over intercontinental scales, as the internet does, but with a provable security. An open question in this framework is how to certify that a given quantum network performs well, i.e. how to detect entanglement between 2, 5, 10 or 100 nodes located far away from each other. Bell tests are appealing for such a task as they allow one to certify the presence of entanglement deviceindependently, i.e. without assumptions on the Hilbert space dimension or on the proper alignment of the measurement devices. In the first chapter, I start by examining in depth the most standard approach to perform a Bell test in which a source based on spontaneous parametric down conversion (SPDC) is used to create photon pairs entangled in polarization. I show, in particular, that in this case the Bell inequality violation is fundamentally limited by vacuum and multi-photon emissions. In the second part of this thesis, I show how to overcome this limitation by using the SPDC source to create single photon entanglement, i.e. entanglement between two paths sharing a single photon, or two-mode squeezed states. Here, the non local content of the states is revealed using photon counting techniques preceded by small displacements in phase space. In the third part, I show how these measurements can be used for an optomechanical Bell test. This opens the way for device-independent quantum information processing with optomechanical systems and might be relevant to test collapse models in a theory independent manner. In the fourth chapter, the same measurements are used to build up a witness that can reveal genuine path entanglement. This witness has triggered an experiment which highlights its potential for network certification. I conclude the thesis by showing how path entanglement can be revealed with the human eye by exploiting these displacement operations.