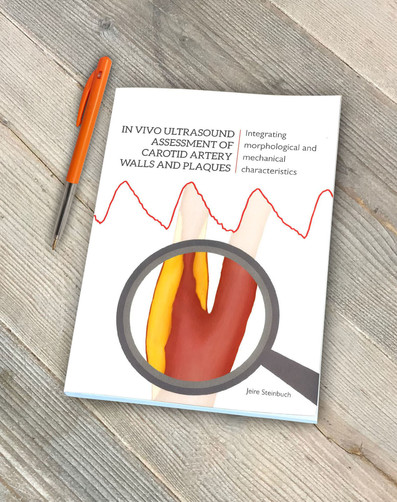 In Europe, around 1.1 million people die annually of stroke, which is the second most common cause of death (Nichols 2012) The estimated total cost for the EU economy due to stroke is over 38 billion Euros a year (Nichols 2012). In the Netherlands, around 6,000 people die annually of ischemic stroke and around 33,000 people are hospitalized annually, excluding day care (Koopman et al. 2014). The high costs of stroke are not only due to healthcare costs but also include substantial productivity losses and informal care of stroke patients.

The most common type of stroke is ischemic stroke, caused by an occluded artery due to thrombosis or embolism. Ischemic strokes (15-20%) predominantly originate from rupture of a vulnerable atherosclerotic plaque in the carotid bifurcation or internal carotid artery (ICA) (Chaturvedi et al. 2005), resulting in the release of thrombogenic material and subsequent thrombus formation. The possibility to assess the risk of rupture of a plaque will have tremendous impact in clinical decision making. Although many studies focus on the assessment of plaques at risk, diagnosing impending plaque rupture is still a problem today.