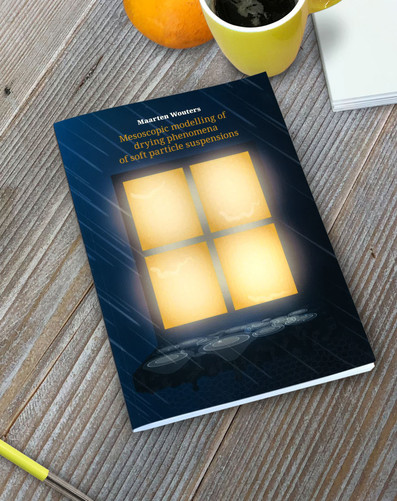 Paints and coatings are ubiquitous in the modern-day life of both consumers and industries. In order to design the next generation of environmentally friendly water-borne paints and coatings, a deeper fundamental understanding of the different phenomena during drying is needed. However, gaining more understanding from analytical work is complicated by the interplay between the many different components and forces present, and is usually only possible after significant simplifications and strict assumptions on the system. Experimental work on the other hand is capable of measuring in complex consumer-grade paints, which typically have over a hundred different components. However, despite the plethora of different techniques, experiments are often either invasive, only capable of supplying averaged information about the bulk, or only capable of measuring final properties of a dried film. Consequently, we utilise the power of computational techniques to study the drying behaviour of polymeric paints and identify different key aspects that impact the final state of a dried film.