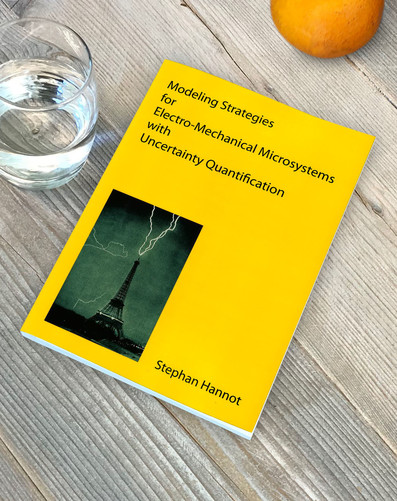 The ever increasing miniaturization trend sparked the development of very small mechanisms, used as sensors or actuators. These devices are created using the same fabrication technologies as integrated circuits and are called microstysmes or Micro-ElectroMechanical-Systems (MEMS). Because the characteristic dimension of these microsystems is in the order of micrometers the physical forces behave differently for microsystems than for traditional macro systems. One of the most important effects of this different behavior is the electro-mechanical coupling: electrostatic forces are able to move and deform parts at those scales. The simplest version of an electro-mechanically coupled device is a parallel plate capacitor of which one of the plates can move. The value of the potential difference between the plates determines the electrostatic force on the moving plate. This force depends non-linearly on the value of the applied potential difference and the displacement of the moving plate. This electro-mechanical coupling is used for several applications, such as accelerometers and micro-switches. However proper designing requires proper modeling. There are essentially two types of models: system level models and physical level models. System level models use simplified relations to build small models, for instance the behavior of a complex design is assumed to be equal to a parallel plate model, for which only some global parameter such as a spring stiffness have to be determined. Physical level models use partial differential equation on complicated domains to describe the physics of the device. Therefore they can be much more accurate, but the solution of the equations is much more difficult than those of a system level model and often requires the discretization of the partial differential equations. This discretization can be performed using the finite element method, but other methods are feasible as well. The goal of this work is to build a framework for accurately modeling an electromechanical problem, which includes an estimate of the uncertainty of the computed values due to material uncertainties.